With this illustration I wanted to depict the oldest promenaded public garden in Europe, located in my hometown, Seville. La Alameda de Hércules (named after the eight rows of white poplars trees or álamos that fill its central part), was built in 1574 and during many years was the main center of social life in the city. On the center-side of the Alameda there are two giant Roman pillars, crowned by the statues of Hércules and Julius Ceasar. Today, La Alameda is a key spot of the bohemian and alternative nightlife of Seville. 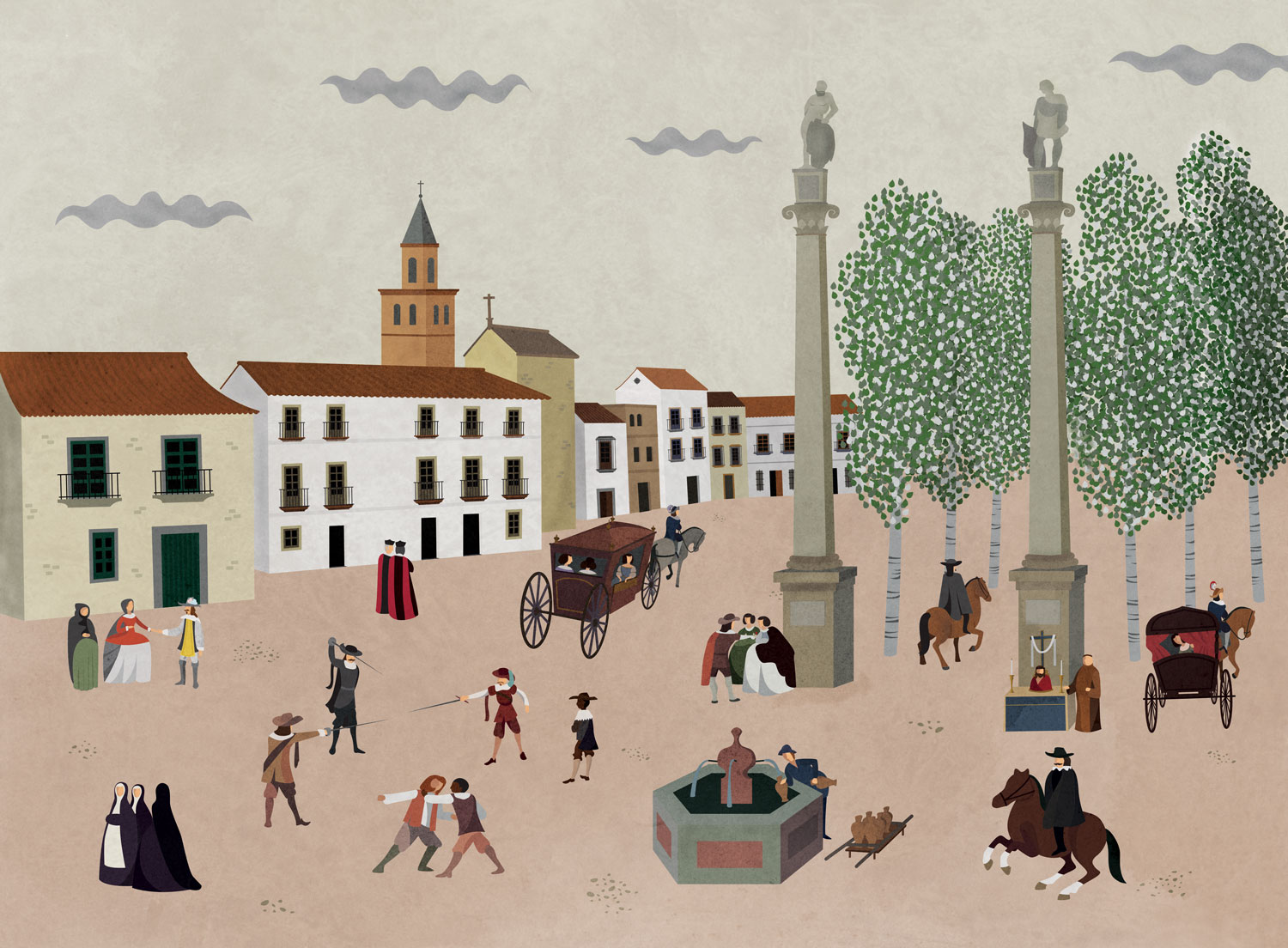 I don´t want to be happy

Fly away
Scroll to top